Couple of days ago, apple announced the new Iphone 7, well it seems nothing new in, except dual rear camera ( witch is not a new think if we rollback to the htc one m8, LG G5 has it too), and the USB-C connection, witch will allows you to charge or plug your headset.

Lets talk seriously now, the phone comes out with a Quad core Apple A10 Fusion @ 2,4GHz, no jack for headset (what a pity) 2GB or 3GB of RAM, 32GB , 128GB or 256GB of storage, except for the black version witch don’t have a 32Gb version, two new colors, Dark Black and Piano Black, and two version of curse, iphone 7 and 7plus.

The camera for me is the new think to shows up, but not a revolution at all, htc had used it in its M8,LG in G5 too. The capture results are promising (don’t be so enthusiastic, its just a phone), the 7 Plus have a wider f/1.8 aperture to capture more light, a 6 element lens, high speed 12 megapixel sensors, quad LED True Tone flash, a new sensor to compensate for flickering lights, wide color capture, and optical image stabilization. The 7Plus, as long rumored, has two cameras, both 12-megapixels, with two lenses. One is wide-angle, and the other is a 56mm telephoto lens. Both cameras have zoom.

IPhone 7 and iPhone 7 Plus come with the longest battery life ever on an iPhone. Apple says that this means that you can now get an average of 2 hours more out of the regular iPhone 7 and up to 1 hour more with the iPhone 7 Plus. 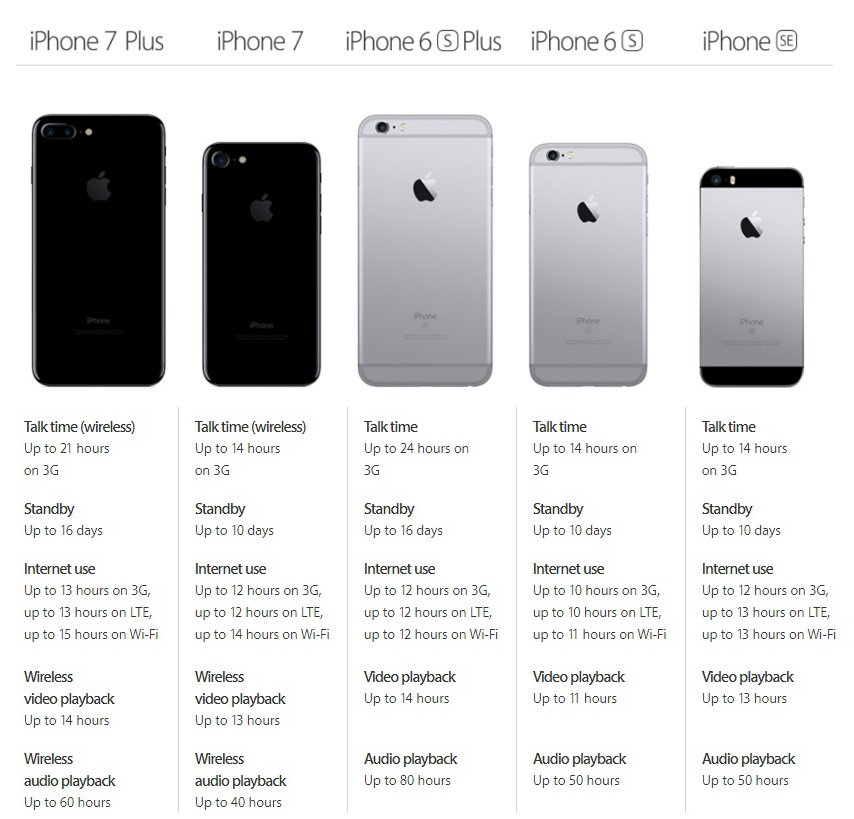 Here, i don’t know why apple decided to make the USB-C the only plugin for charging and headset??!! the irony an adapter is included into the package FOR FREE!! you can BTW use the Bluetooth headset called the air-pod, witch costs,well… 159$, better lose the phone than these.

The iPhone 7 is officially water-resistant,be sure to not bring it with you to a swim pool, it’s not water PROOF.

During its iPhone event on Wednesday Apple said the iPhone 7 has IP67 water-resistance, which means it’s technically capable of working down to one meter (about 3.3 feet) under water for up to 30 minutes.

That should be plenty for accidental drops in sinks and toilets, and you’re probably fine if you want to read Business Insider in the shower or in the rain. However, you might want to keep the iPhone 7 somewhere safe when you’re around a pool just in case someone decides to push you in.

Still, Apple won’t cover water damage on the iPhone 7 under the warranty, so you’re better off keeping it out of water when you can.

If it were water PROOF, the phone could potentially go a lot deeper and last a lot longer under water. But it’s not, so don’t take it diving.

Well, as always, apple try to convince us that they made something new, something spectacular, but not really, the phone looks the same as the previous one, with some changes, USB-C, no jack, waterproof, sorry water-resistant. with around 15% loss of market this year,The main question still: When apple is going really to stop considering us like dummies and release something great, as htc samsung, LG, or SONY…. even Xiaomi and some other brands like OPPO, ONEPLUSONE are working harder, and giving each time a new phone with great specs.