It took HTC a while to get here, but it finally has a phone with a nearly bezel-free front. The U11+ has an 18:9 6.0-inch Super LCD6 of 1440x2880px resolution with Gorilla Glass 5 and no physical buttons on the front (the fingerprint scanner moved to the rear).

On the back there’s a 12MP UltraPixel 3 OIS camera with an f/1.7 aperture, 1.4µm pixels, UltraSpeed autofocus, and a dual-LED flash. It can do 1080p video capture at 120fps, and 4K recording with Hi-Res audio. 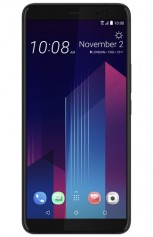 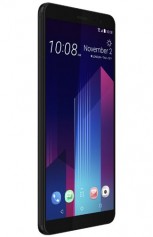 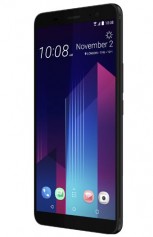 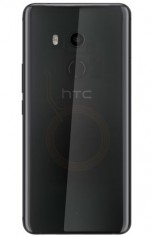 That body is among the prettier around – the back carries the design language of the U11 with a glossy “Liquid Surface” back. You get a choice of Ceramic Black, Amazing Silver and Translucent – the standout among the three.

On the inside the HTC U11+ has a Snapdragon 835 chip, with either 4GB of RAM and 64GB of storage or 6/128GB, depending on region. In all cases you get a microSD card slot too. Also depending on where you buy it from, you may or may not receive a dual-SIM model.

HTC U11+ in Translucent Black

All of this is powered by an impressive 3,930mAh battery with support for Qualcomm Quick Charge 3.0. The U11+ runs Android 8.0 Oreo with HTC Sense on top. The Edge Sense functionality that lets you squeeze the phone to launch features is baked in too.

Pricing will be €799 in Europe. The U11+ will be sold in “select markets around the world”, but not North America.