Gionee M7 and its sibling M7 Power were introduced back in September, and now another M7 device is likely to arrive. The Gionee M7 Plus appeared in some hands-on images which revealed the front and back design of the phone. 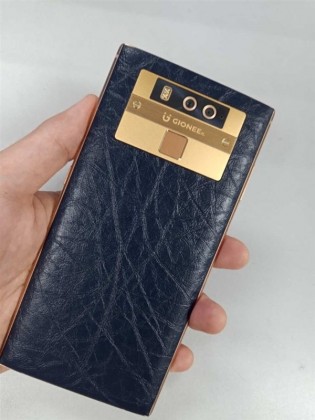 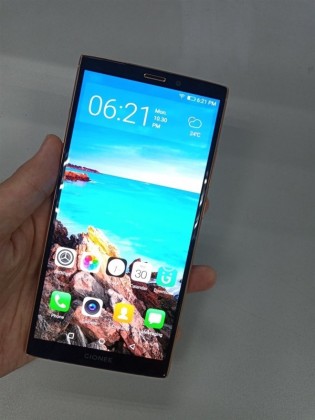 Gionee M7 Plus back and front

The screen is expected to measure 6.43 inches and sport an 18:9 ratio. The screen reveals that the phone will come with the latest Amigo 4.0 UI that Gionee placed on top of Android Nougat 7.

The back also shows some intriguing details. We see a leather panel, although this might be just a plastic cover like we’ve seen in phones like the Samsung Galaxy Note 3.

The dual camera will be joined by a dual-LED flash and a fingerprint scanner below, all bundled on the golden plaque that people with questionable fashion preferences might like.

Non-metal back might mean Gionee will implement wireless charging although that’s not certain at this point.

Release date and pricing info is unavailable at this point.