YouTube TV is Google’s live TV service, which launched earlier this year, and has been expanding its reach within the US ever since. While you have been able to view its programming on TVs by using a Chromecast (including with voice commands through Google Home), only now is the company finally announcing that it’s developed a YouTube TV app for actual TVs and consoles connected to TVs. Better late than never, sure – but this has been quite an odd omission so far.

Anyway, “in the next few days” a new YouTube TV app will be available for Android TV devices and the Xbox One family. Then “in the coming weeks” this new app will be launching on smart TVs from LG, Samsung, and Sony. It will also make its way to the Apple TV. 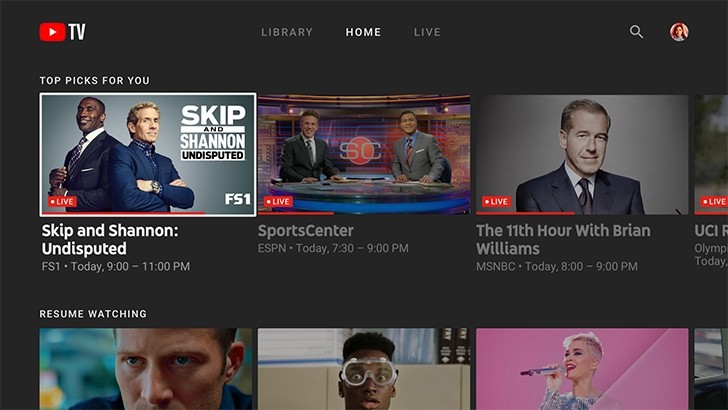 This app will be similar to the mobile apps for YouTube TV, with the same signature tabs featured – home, live, and library. You’ll be able to (obviously) use the TV or console’s remote or game controller for navigation, and you’ll find a new Live guide “made for your big screen”. For a “more cinematic look”, the background is dark on your TVs. YouTube TV is now available in all top 50 metro areas, covering over two-thirds of the US.

Asus ROG Strix GL702ZC: What to expect from an AMD Ryzen Laptop!