CD PROJEKT RED’s upcoming game, Cyberpunk 2077, has been shrouded in mystery since its original reveal and it isn’t likely that we will be hearing any official details on the game anytime soon. Luckily, there are other ways for thirsty fans to get the information they want.

The Triple S League, The same folks that brought us the rumor on how big Cyberpunk 2077 will be (and more), have teamed up with Madqueen Show to bring us a new juicy leak on Cyberpunk 2077’s social hub!

An anonymous source close to The Triple S League, who has been in the gaming industry in Europe has detailed some aspects of the seamless multiplayer and social hub in Cyberpunk 2077.

It’s been assured that CD PROJEKT RED is approaching the game from a very different perspective and that they will not be making it like an MMO. Basically, CDPR is looking to keep the social aspects from feeling too clustered (imagine launch day Destiny, Division, and World of Warcraft player cluster).

CDPR is stressing the game will not be like an MMO and that making the engine work with the social aspect work is a ‘huge part of the plan’ and that they will be investing a lot of time into it.

According to Triple S, the Social Hub is very important to CDPR. Their source detailed that CDPR is “working on a new thing for the bar” something like a minigame (“think GWENT”) and that it might “be dance mod.”

Beyond the source’s details, CDPR has been looking for developers to work on multiplayer through various job listings and proposals – which supports these claims.

The source also commented on the rumor of CDPR employees being unhappy, saying that CDPR has the typical creative environment, where there is plenty of pressure, stress, and lots of deadlines. 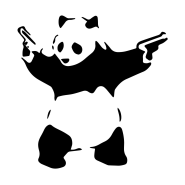 I am disappointment panda... if u haven't heard of me before, google me!